Well this is a rewrite so it might be a shorter version. I had my waste audit summary all typed up right before my phone died. Having written on the phone, I was probably more bummed than ever to have to rewrite it!

The residential areas have a combination of waste baskets/crates at some of the houses. They are in about the same location as a US mailbox would normally be in a suburban neighborhood. These baskets are metal and you must bag your waste in order to keep it from going through the gaps in the crates. I have not seen any residential recycling to speak of and everything is going into the same bags. Also, and even right near these crates, which only some houses have, there are what I would call small open dumps. These dumps have household garbage mixed with tile, gravel, and yard waste. Some of these, and there are many, have burn spots in them where, it appears, folks are burning the waste to reduce the volume. Just right outside of the house we are staying at in Olinda there is an 8yd dumpster, slightly shaped differently than a typical US 8yd dumpster, and overflowing with, again, a combination of yard waste and household trash.

The household trash consists of mostly single use plastics including food wrappers, lots of bottles (no one drinks the tap water here), cups, bowls, and so forth. There is not as much polystyrene styrofoam, but there is a lot of the polystyrene type disposable bowls and utensils. Tons of straws – most people I have seen here are even drinking their canned soda with straws and oh course there are folks drinking coconut water with plastic single-use straws as well. I brought my bamboo utensil set, but didn’t bring my straw, thinking I wouldn’t need it for the boat, but soon managed to learn to drink straight from the coconut. Aside from my overall shock of seeing open dumps, and many, just walking down the road, I also saw these open dumps on the side of soccer fields and pretty much all over the residential area.

My thoughts are that these act as sort of a transfer station of sorts until there is a potential trash truck of sorts that comes to pick some of it up and my guess is that if the trash truck doesn’t come before the pile gets too large, that is when they burn some of it. With the lack of even waste pickup infrastructure there is no wonder that recycling efforts are next to impossible. This was a lot different in the city areas where I did see more recycling receptacles. Also in residential areas I noticed A LOT of litter!! Just like in the States, I found a lot of litter right near empty trash receptacles.

The business areas where a little more established for waste infrastructure. Walking from residential areas to the business area I noticed more street side trash receptacles that resembled bins you would see in the US. Still no “twin the bin” or recycling on the street side, but real trash cans with no holes. I also noticed there was a mix of some residential that had the crates and businesses had the bins. I also noticed that the street bins had not only the normal bottles and cans, but quite a lot of yard waste as well. I watched as, what appeared to be a (for lack of a better word) street sweeper (man) was sweeping yard waste and bottles, and whatever was on the side walk, into the trash bins. There is a lot of yard waste (limbs and brush materials) from all the tropical plants growing along the sidewalks and so when they fall off…

I also noticed within the business district area that on Wednesday there was an entire section of a sidewalk covered with yard waste (tree stumps, branches, brush). On my walk into town at around 9:30am it appeared to be 90-99% yard materials and then later on the walk back around 3:30pm a lot of the yard material was gone, but it appeared the yard material was in fact mixed with plastics and other debris. In the afternoon, and after some was picked up, it was mostly plastic debris including plastic bottles just strung about the sidewalk and plastic banners and so forth.

Walking further into the business district and more into the touristy area of Olinda, I found several shops with recycle bins. Most of these recycle “stations” are a three bin system – “Plastico, Metal, Papal”. I had a look in one of these stations on the walk through and found nothing. One the way back, several hours later, I found one can in the metal bin, but with a plastic straw in it, and one plastic bottle in the plastic bin.

I also stopped in a cafe to use wifi and stayed there for several hours. Upon arriving there the trash bin at the cafe was about 60% full and mostly consisted of yard waste, again from the sweeping. Approximately 15% of the material in the bin was plastic and mostly consisted of PET – water bottles and one soda bottle. There was also a plastic bowl and spoon (the cafe also served a variety of sorbet). About 3 hours later the bin was 100% full (no one taking notice to empty, but it was not overflowing either). The bin consisted of, then, nearly 45% plastic (mostly plastic bowls and spoons), one additional plastic bottle, and no additional yard waste. I was tempted to take the bottles out and walk then across the street to the recycle bin – I should have!

The hotel that I stayed at the first night, in Recife (Best Western) did have recycle bins in the room and also reduced waste even further by having refillable shampoo bottles in the shower instead of those dreaded single-use tiny bottles that consist of more plastic than actual shampoo. It was a lovely hotel and hit the spot after two days in airports, planes, and taxis. The hotel had one bin for “organicos” and one for “recyclables”.

My first full official day in Olinda, I took part in a group beach cleanup with the eXXpedition crews and two local non-profits. The beach had very few bins. Only one for about a 5 block radius. There were no public restrooms at the beach and I saw human waste in the ocean. During the beach cleanup, I found used tampons, diapers, plastic wrappers, bottles, beer cans, cigarette butts, and hundreds of straws, plastic particles, and cups. It was like out of a nightmare. I thought it was bad to see people in NC laying on the beach next to and on cigarette butts and other trash, but this was people laying next to piles of garbage and the appearance to me was that there was a since of obliviousness. It made me sad, angry, and at the same time it made me feel very lucky and grateful.

Walking along the shore, I had to go into the water to collect several food wrappers and bags that were washing ashore. One local guy came up and had a long conversation with one of the members of one of the non-profits that was with us. The man appeared to have an interest in what we were doing and apparently had several questions.

The children’s’ faces were priceless. It was a look of confusion and wonder as they watched us pickup trash along beside their parents. I found it odd that the one single trash bin located in the area was nearly empty, but we were able to pick up around 15 bags or more of debris.

This entry was posted in Uncategorized. 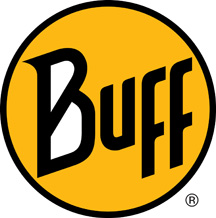